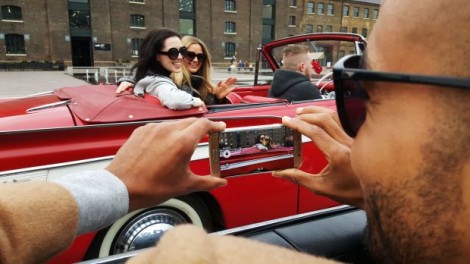 As you can see there’s a €100 difference between each of these Galaxy S6 models. Keep in mind though the these are suggested retail prices, so there’s a chance that you will have to pay a little higher for Samsung Galaxy S6 at launch.

Moving on to Samsung Galaxy S6 Edge, due to its 3-sided display, it makes sense to cost a bit more. Previous rumors claimed that Edge might cost up to €150 higher than the Galaxy S6.

Well, it looks like the rumors were confirmed once again. Samsung Galaxy S6 Edge will also be available in three flavors: 32GB, 64GB and 128GB.

These prices are for Europe, so it’s unclear how Samsung will price the Galaxy S6 in the United States, but the South Korean company might go for parity and release the smartphone for similar prices but in a different currency (USD).

It’s also worth mentioning that Galaxy S6 will be available for much less at carriers, though customers will have to commit to long-term contract and a monthly fee.