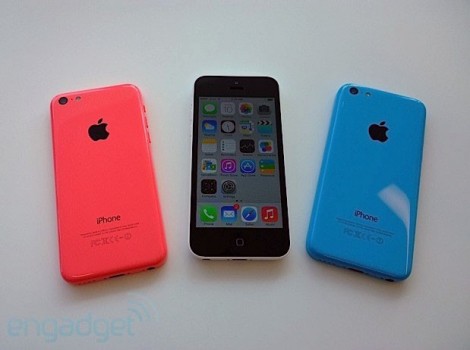 It appears that the 5c ultimately keeps to the same spec list overall, with a 4-inch Retina Display, A6 processor, LTE, 8MP camera and more — a huge difference, however, is the actual build, which involves a full multitouch display on the front and a single hard-coated piece of polycarbonate strengthened by a frame of reinforced steel.