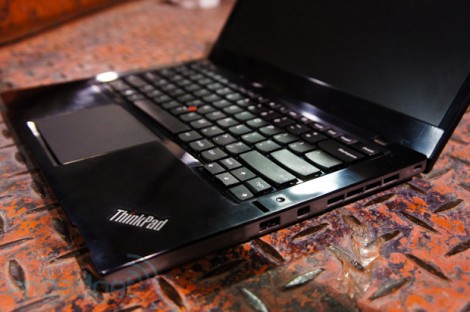 Lenovo’s IdeaCentre 600 is a pretty splashy debut: Its first ever all-in-one is a simple curved slab that’s supposedly the thinnest all-in-one in the industry. Beyond the form factor—which borrows liberally from the new Star Trek and the iMac (the frameless black bezel looks like it was copy and pasted)—it’s actually a disappointingly standard all-in-one affair, with a smallish 21.5-inch screen and nothing you can’t get on the new Vaio LV.

And it’s missing, at least from the spec sheet, one of the Vaio’s killer features—HDMI in, which would let it be a total bedroom TV replacement. Still, it does have an awesome Swiss Army knife of a remote—it’s an air mouse, accelerometer controller for games and Skype VOIP handset (it acts like a cordless phone).