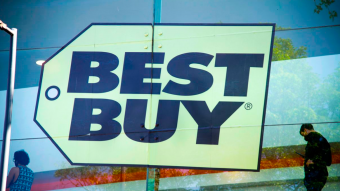 The brand announced on their blog that this product release also kicked-off a three-day sale that includes various deals on tech including TVs, laptops, and headphones.

“You don’t even have to change out of your pajamas because these consoles will be sold online only,” Best Buy assured consumers. “Get your completed order only through curbside pickup.”

The PS5 and Xbox Series X|S consoles have caused quite the disruption on the Internet. Yahoo! Money reports that both Best Buy’s and Walmart’s eCommerce sites crashed after becoming overwhelmed with the amount of customers seeking to purchase the products.

Apparently, Best Buy has yet to make a statement as to their current online issues, although other retailers are already pushing out more of the products.

The report additionally states that one GameStop location was blindsided when it received a fresh stock of the consoles without any prior notice. As soon as it was announced that the consoles were available to purchase in-store, a crowd of roughly 40 people made their way to the store. And no, they did not comply with social-distancing guidelines.

But what’s so special about these gaming consoles, anyway?

Tech Radar explains that these next gen consoles are incredibly powerful. They also house new gaming capabilities that make for a faster, more seamless experience. Playing the popular game Fortnite on any of them, apparently, is a whole next experience.

Best Buy will begin selling the consoles in stores beginning 2021.