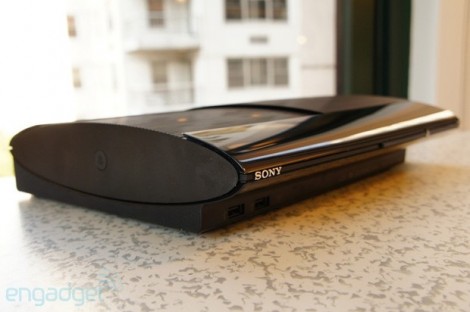 It’s clear that millions of gamers across the US will be spending some quality time with PlayStation during the holidays following sales results for the week of Black Friday.

PlayStation®3 (PS3®) Black Friday bundle sales increased 15%, and total PS3 sales including hardware, software and peripherals, grew 9% over the same period last year. The Ultimate PlayStation Value Bundle, which included a 250GB PS3 and the Uncharted Dual Pack and inFAMOUS Collection for $199, quickly sold out at retailers across the US. In total, more than 525,000 PS3 consoles were sold in the US during Black Friday week1.

In Latin America, gamers were able to enjoy various offers across participating local retailers, resulting in a year-over-year sales growth increase of 200%.

PlayStation® Vita (PS Vita) is entering its first-ever holiday season and enjoyed very strong sales during the week of Black Friday. The Assassin’s Creed® III: Liberation Bundle for $199 sold out at retail, highlighted by Amazon selling through its specially priced inventory in less than five hours. The Call of Duty® Black Ops: Declassified Bundle and Lego Batman 2: DC Super Heroes Bundles for $199, respectively, were also very popular with gamers and sold out at retail during the week. More than 160,000 PS Vita units were sold during the week of Black Friday.

“We’re very pleased with the Black Friday sales results, especially the incredible reception for the PS3 and PS Vita bundles. The demand was very strong which quickly depleted our inventory across retailers nationwide,” said Jack Tretton, President and CEO of Sony Computer Entertainment America. “The PlayStation brand generated significant revenue and year-over-year growth at retail because of our focus on what gamers love most in combining amazing hardware with great games and digital entertainment.”

Consumers also took advantage of the value delivered by PlayStation’s subscription service package, PlayStation®Plus (PS Plus), which supplies members with an Instant Game Collection of 18 blockbuster games2 across the PS3 and PS Vita systems, in addition to huge discounts, exclusive beta access, and much more. Sales of PlayStation Plus subscriptions on PlayStation®Network increased 259%3 compared to last year’s Black Friday period. In addition, since the Instant Game Collection was introduced earlier this year, customer satisfaction rates for PS Plus are above 95%.

PlayStation will continue to offer incredible entertainment experiences for gamers during the holidays with the PlayStation®Vita PS Plus Instant Game Collection Bundle that includes a one year membership to PS Plus (launching next week), along with the PS Vita Assassin’s Creed® III: Liberation Bundle and PS Vita Call of Duty® Black Ops: Declassified Bundle.

In addition, there are two PS3 bundles available this holiday including the PlayStation® 3 500GB Assassin’s Creed III Bundle, and the PlayStation® 3 Uncharted 3 Game of the Year Bundle. Gamers will have no shortage of new exclusive titles to play with the recent introductions of PlayStation All-Stars Battle Royale, LittleBigPlanet Karting and Wonderbook™: Book of Spells.