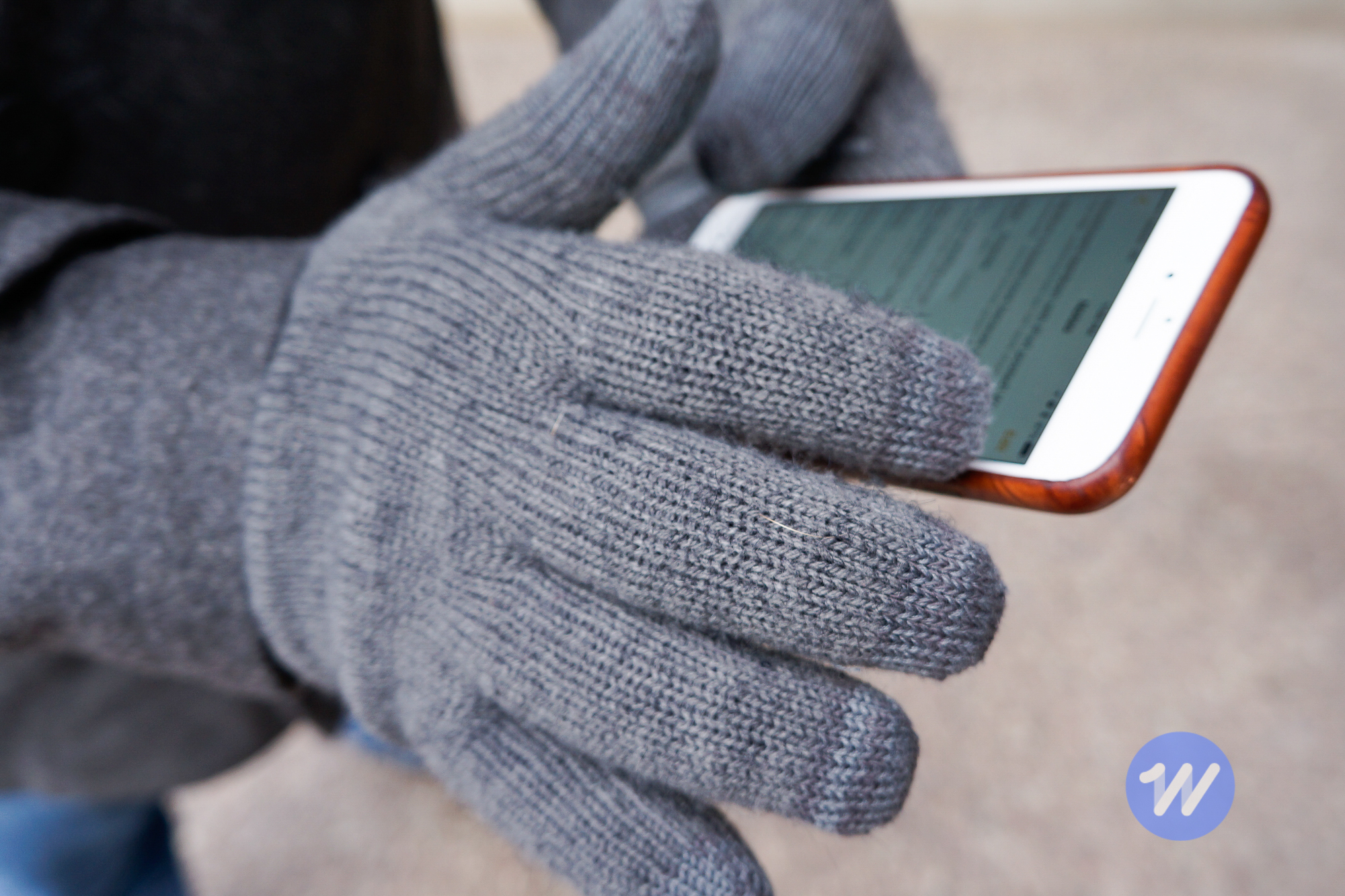 Who should buy these

Touchscreen gloves are for anyone who uses a smartphone, tablet, or smartwatch and lives (or regularly visits) somewhere that gets cold. At some point or another, you’ll be out in the cold and need to respond to a text you just received, or to use your device for some other reason, and you won’t want to strip down to do it. Touchscreen gloves are also handy for drivers of cars with touchscreen panels.

How we picked and tested

Over the past several years, we’ve spent more than 30 hours researching hundreds of gloves. We’ve conducted testing across cold winters in Oregon and in Buffalo, New York. Some years we’ve tested during hikes and ski trips, and other times we’ve used gloves while walking around downtown in the evenings and during daily dog walks. In 2015, we even tested gloves in a 42º F walk-in cooler at Resurgence Brewing Company in Buffalo, New York. We’ve also tested durability by running strips of Velcro across one glove from each pair to see if they snagged. To read in detail about our tests throughout the years, check out our full guide to touchscreen gloves.

We also interviewed Matthew Meyer, founder of TouchscreenGloveReviews.com, who has followed the field since 2008 and has reviewed just about every glove available. He looks for three things in every touchscreen glove: grip, 10-finger compatibility, and ease of use (essentially, fit and conductivity).

We looked for gloves that were either gender-neutral or had versions for men and women (though we made some exceptions if a glove really stood out). Fashion was a legitimate concern, but we were more concerned about functionality. We also found that stretchier gloves made from knit and spandex were more pleasant to use with touchscreens, though fleece is a better option if warmth is your top concern.

Every winter, we’ve noticed that the stock for our touchscreen-gloves picks grows thinner as the weather gets colder. The following picks were available at the time of this writing, but we’ve had to adjust our recommendations several times over the years due to stock issues. 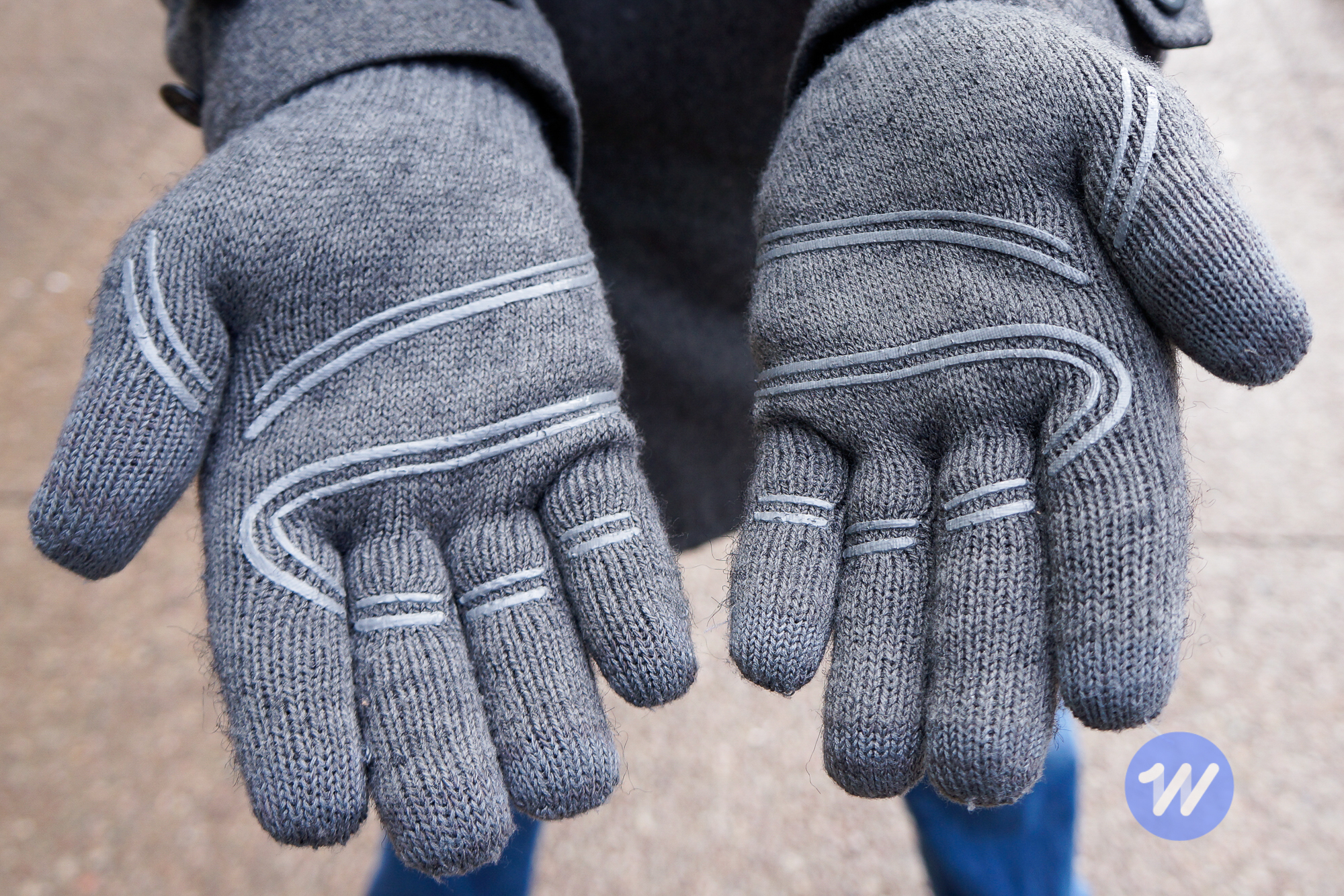 The grips on the palms of the Moshi Digits help to keep your phone from slipping. (The current version adds grippy dots to the palm.) Photo: Kevin Purdy
Moshi’s Digits are the touchscreen gloves we recommend for most people. First and foremost, they’re very good knit winter gloves, as they kept our hands pretty warm in even subfreezing weather. On top of that, we found ourselves able to thumb-type with little issue; with autocorrect turned on, we had zero typos in our typing tests. A rubberized palm helps to keep your phone from slipping out of your hand. For 2017, Moshi added a pattern of dots to the inside of the palm for an even better grip.

Above all else, the snug fit throughout the hand and fingers (including at the tips) and a lack of seams on the fingertips gave the Digits the edge in accuracy and handling over competitors. We were very impressed with the responsiveness in our testing: Despite the gloves’ slightly bulky feel, we found typing easy, even with our thumbs.

A thinner pick for warmer climates

The Glider Gloves Urban Style Touchscreen Gloves were our original pick, several years ago, for the best touchscreen gloves, and we still like them. Their conductivity is great, and because they’re thin, they’re also very accurate if you get a good fit (we recommend sizing down if your fingers are shorter than average).

The reason they’re no longer the top pick is that warmer designs with a comparable level of touch accuracy are available: The Urban Style gloves have a single-layer knit style, so they’re less resistant to wind; they stop being warm enough somewhere in the high 30s. That said, the Urban Style gloves are still a great buy if you live in a more-temperate area or don’t venture out into the cold much. 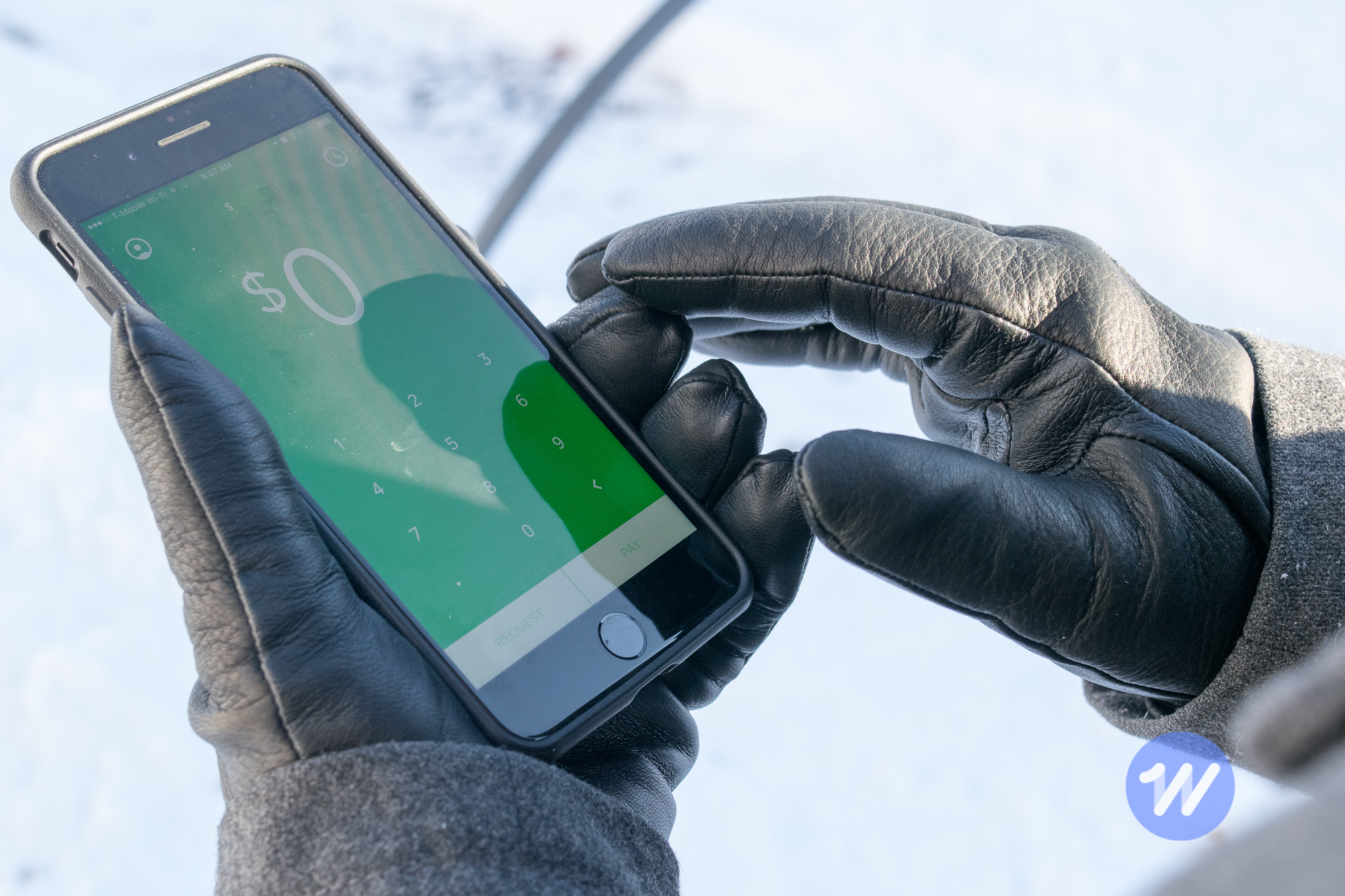 Kent Wang’s Deerskin gloves are a good pick if fashion is your primary focus. Photo: Kevin Purdy
If you insist on an all-leather glove, chances are you’re concerned enough with fashion that you know what you want already. We thought the Kent Wang Deerskin gloves were a good premium option for those who want the look and feel of all-leather while maintaining touchscreen compatibility.

The Deerskin gloves are made of calf leather and deerskin and are classically designed—there’s no way to tell them apart from a pair of gloves that aren’t touchscreen compatible, as they don’t look “techy.” We found them to fit well, with a little more give than other leather gloves that can be too constricting.

This post was done in partnership with Wirecutter, reviews for the real world. When readers choose to buy Wirecutter’s independently chosen editorial picks, it may earn affiliate commissions that support its work. Read the full article here.