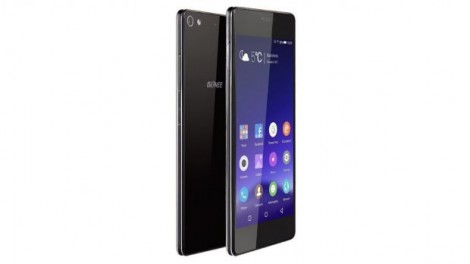 But Gionee wanted to make sure that that nice and durable metal won’t scratch that easy, so they added Corning Gorilla Glass 3 coating on both front and back sides of the smartphone, just like the Galaxy S6.

Moving on to hardware, Gionee Elife S7 is powered by a MediaTek MTK6752 octa-core 64-bit processor clocked at 1.7GHz, which is complemented by 2GB of RAM and 16GB of internal memory. Unfortunately, there’s no word on microSD card slot, so there’s no telling whether or not users will be able to add more storage.

It will be available in Europe beginning this month

According to Gionee, the Elife S7 will sell in Europe through Kazam and Allview and will cost no less than €399 ($445) outright.

“We believe ELIFE S7 will bring the future of slim smartphones to the next level. To make ever-slimmer phones, compromising on performance and function is pointless. Manufacturers should offer more features benefiting user experience other than just slimness,” said William Lu, president of Gionee.