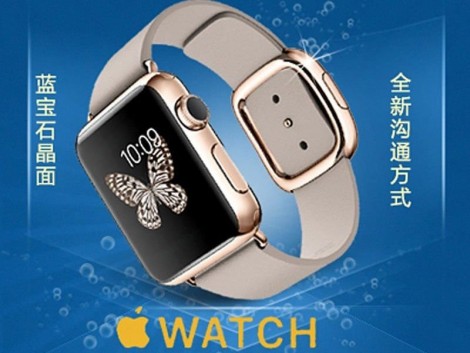 Fake Apple Watches have gone on sale in China. Devices that look much like Apple’s new luxury product, but cost a lot less, are all over the Chinese online marketplace Taobao, the Financial Times reports.

Some of the watches on sale look nearly identical to the Apple Watch. Have a look on the Alibaba-owned e-commerce site. The real knock-off goods start at around 259 Yuan, which is the equivalent of about £27. The best copy, however, would set you back around 3,000 Yuan. That’s about £300 — pretty much the price of a real Apple Watch.

Funnily enough, the makers produce rip-offs of the Apple Sport (entry level) and the more expensive gold version, the Edition, but don’t distinguish between them in terms of price. The Chinese versions have come out before the real Apple Watch, which was unveiled by Tim Cook on Monday and will officially launch in nine countries on April 24. In the UK, the basic version starts at just under £300. The steel watches and gold devices are much more.

The FT notes that it highlights China’s manufacturing speed and also the casual nature of counterfeiters, who don’t seem to care at all. They display Apple logos without concern.