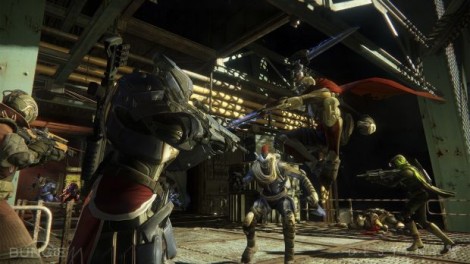 Bungie states that feedback to the changes introduces for Auto weapons in update 1.1.1 has been mixed and that more reactions are needed before plans are made for a new patch.

The studio also adds, “It was always our intention for the Destiny sandbox to be an evolving game-scape (did I just make that term up?), similar to games like StarCraft and LoL, where balance changes get rolled out based on emerging player trends and play-styles.”

The company also says that gamers should explore an older developer blog that talks about the full vision for weapons that is guiding the development process for the title.
A new Destiny patch might take some time to develop
With update 1.1.1 just launched it might take some time before the developers have the data to decide which changes are required and then collect them all in a new patch for Destiny.

Until then the company is planning to launch a new mode called Inferno next week, which will introduce more options for those fans who love Player versus Player engagements. Bungie says that the new experience is designed to force gamers to go back to basics, with a greater focus on their tactics and on the way they are reacting to the environment and the flow of battle.

The development team is also hard at work on the House of Wolves expansion, which is supposed to be launched before the end of the second financial quarter of the year. It is designed to introduce as much new content as was deployed in The Dark Below in early December.

Gamers will be able to enjoy an entirely new end-game raid, more strikes and a variety of weapons and items.