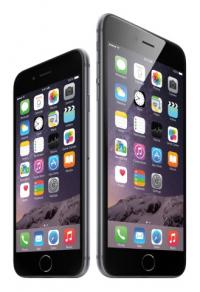 Apple reported its best quarter ever in the fourth quarter of 2014, which saw it sell 74.8 million units and move to the No. 1 position in the global smartphone market. Apple’s first ever large-screen phones continued to see huge demand with sales in China and U.S., growing at 56% and 88%, respectively.

Apple’s strong ecosystem and its new iPhone 6 and iPhone 6 Plus drove strong replacements within the iOS base, according to Garner. These new smartphones also offered new users, who are looking for larger screen phones, a strong alternative to Android.

In 2014, sales of smartphones to end users totaled 1.2 billion units, up 28.4% from 2013 and represented two-thirds of global mobile phone sales.

“With Apple dominating the premium phone market and the Chinese vendors increasingly offering quality hardware at lower prices, it is through a solid ecosystem of apps, content and services unique to Samsung devices that Samsung can secure more loyalty and longer-term differentiation at the high end of the market,” says Roberta Cozza, research director at Gartner.