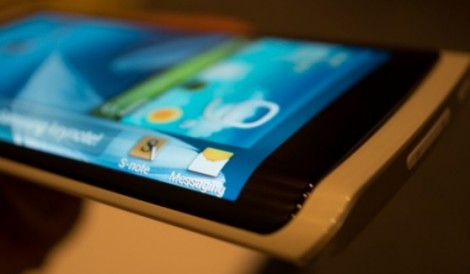 The three-sided display tech could appear in one of Samsung’s Galaxy S or Galaxy Note phones by late next year. Samsung also plans to have each side of the display operate independently.

Perhaps more than any smartphone maker, Samsung hasn’t been afraid of trying crazy new ideas with its phone screens. Sometimes that pays off, like its foray into huge screens with the Galaxy Note, which basically ushered in the “phablet” smartphone phenomenon. But most of the time, like its attempt to revive the flip phone with the Galaxy Folder, Samsung’s crazy display experiments are quickly forgotten.

But now, with other smartphone makers like LG inexplicably moving towards curved displays, Samsung needs another crazy idea to call its own.

There are certainly issues with the three-sided display approach: Since our phones are getting progressively thinner, there’s not much room for useful information on side displays without purposefully making a thicker device. I also wish more companies would mimic what Motorola is doing with its Moto X display, which can show sporadic notifications on the front of its screen without huge battery costs.

Earlier this month, Samsung laid out its future innovation plans during an analyst meeting, where it revealed that it hopes to have truly foldable phone screens by 2015. Ultimately, that seems to be where the entire industry is headed. But until we get there, we’re going to see plenty of attempts by smartphone makers to stand out.