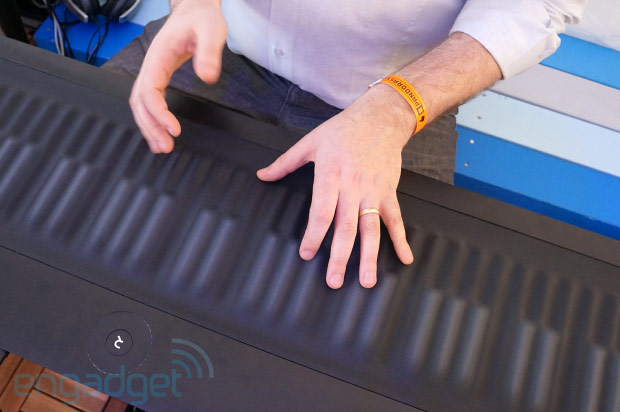 Roli’s opening the SDK to developers for even more unexpected updates. The team is also looking to get the thing in the hands of musicians for more feedback — we could even see the instrument playing a role in some future hip-hop productions. In the meantime, we’re still awaiting more information like pricing and availability, which Lamb has promised to share with the world sometime in the near future.